Between the 6th and the 9th of September the International Anti-Corruption Advisory Board for the Committee of the Verkhovna Rada on Corruption Prevention and Counteraction (IACAB) held its inaugural meeting in Kyiv. During the visit, the IACAB members held an extensive number of meetings with, inter alia, leaders of Parliamentary factions, MPs, Parliamentary Committees, representatives of executive and judicial bodies, anticorruption institutions and CSOs.

The IACAB has adopted its internal Rules of Procedures and has selected Mr. Carlos Castresana as Chairman and Mr. Giovanni Kessler as Vice-Chairman. Also the IACAB has selected the themes for the first two reports and the rapporteurs thereof. The Board has decided that the reports will be referred to as Opinions and shall be concise, no exceeding 10 pages. 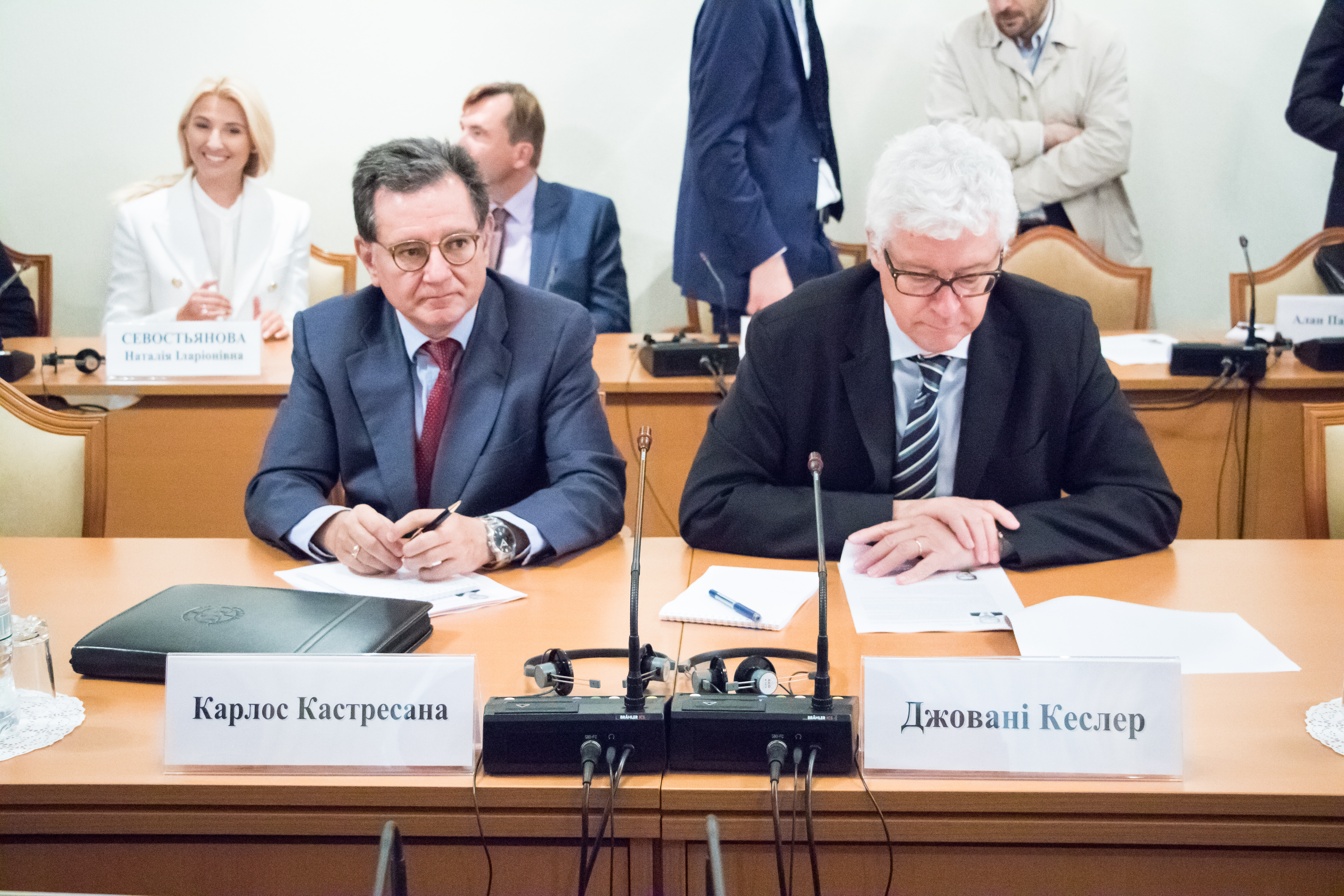 The theme selected for the first opinion of the Board was sustainability of progress in fighting corruption in the criminal justice system by consolidating and further empowering anti-corruption investigative and prosecutorial bodies - in particular by ensuring their independence, necessary resources for the effective exercise of their mandate, as well as by completing the chain of specialized anti-corruption bodies with independent, highly trusted and competent judicial body. Carlos Castresana and Giovanni Kessler were appointed as co-rapporteurs, while Drago Kos and Anca Jurma were appointed as assistants to rapporteurs. This Opinion should be expected by the end of November.

The theme for the second opinion will be prevention of corruption - review of asset declarations – with Drago Kos was appointed as a rapporteur.

The Board has also decided to publish a statement on its first meeting, on the theme selected for the first opinion and on the tentative working schedule.